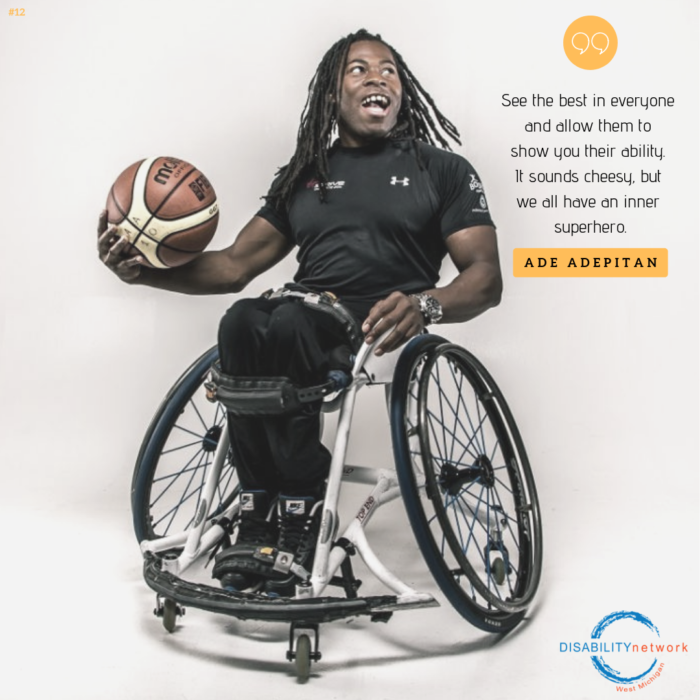 Ade Adepitan (born 27 March 1973) is a British television presenter and wheelchair basketball player. He uses a wheelchair as a result of contracting polio as a child which led to the loss of use of his left leg.

2005: Made a Member of the Order of the British Empire (MBE) for services to disability sport in. He was also presented with an Honorary Doctorate from Loughborough University, in recognition of his outstanding services to, and performances in, disability sport.

2005: Awarded a ‘Certificate of Excellence’ by the Champions Club UK in recognition not only of his efforts at promoting disability sport, but also for being a positive role model. He was particularly commended for his strong and persistent message of hope within the young black disabled community

2010: Presented with the Lifetime Achievement award by the University of East London

2010: Honorary Doctorate conferred by the university in November 2010