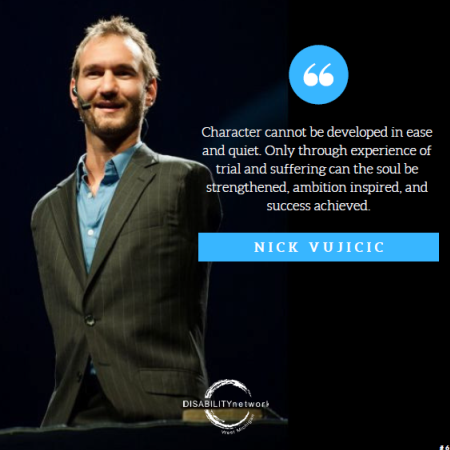 Nick Vujicic: Nicholas James Vujicic (/ˈvɔɪtʃɪtʃ/ VOY-chitch; (Born December 4th,  1982) is an Australian Christian evangelist and motivational speaker born with Tetra-Amelia syndrome, a rare disorder (called Phocomelia) characterized by the absence of arms and legs. He is one of seven known individuals who are diagnosed with the syndrome.

2010 – Awarded Best Actor in a Short Film, “The Butterfly Circus”