“It is time for parents to teach young people early on that in diversity there is beauty and there is strength.” -Maya Angelou 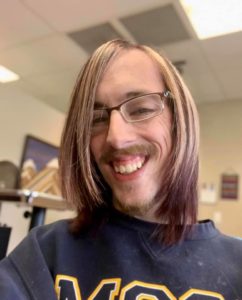 From a peer in the classroom to a cousin who uses a wheelchair or a character seen in their favorite TV show odds are your child is going to see a person with a disability at some point, which will pique their curiosity, which is a great time to have a conversation.

Unfortunately, the typical response to this situation is too often to shy away or dismiss the observations, but instead, I think it’s important that we don’t try to convince your child that someone with a disability is just like they are. Instead, acknowledge that just because the person might look a little different on the outside or move around differently, that doesn’t make that person bad or less.

An example of how to better handle the conversation if referring to a cousin who’s a wheelchair user is by saying, “The muscles in their legs don’t work like yours… that’s why they use a wheelchair to get around.” Or “They were born with one leg. So they have to use a prosthetic leg, which was made by a Doctor to help them get around easier.”

It’s also extremely important to try and keep emotional descriptive words out of the conversation. If you say someone’s disability is “sad” or “awful,” your child may become sad or develop a negative mindset towards differences/disabilities, and begin to feel that life with a disability is a life that is less than their own.

In closing, while these conversations can indeed be challenging to have, they not only offer valuable teaching and learning tools for both sides in the moment, but they double as an opportunity to make the world better for all generations, both current and future as every step forward is another opportunity to rid the world of the stigma surrounding such a misunderstood demographic. Disability is just another example of the human condition… just people, doing their best with what they have, which is more than enough for all of us.